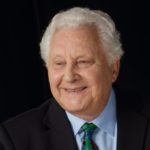 Born in New Haven, CT, Jeremiah graduated from UCONN, attended New York Law School, passed the Bar in NY and CT, and practiced Entertainment Law with Paul, Weiss, Rifkind, Wharton & Garrison, Broadcast Music Inc. (BMI) and Columbia Records, before establishing his own practice in Connecticut. A jazz and classically trained musician from his youth, Jeremiah has written hundreds of songs. 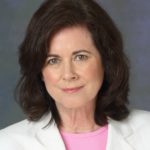 Wendy Ginsberg graduated from the University of California at Berkeley, returned to Los Angeles, studied acting with Charles Conrad, Winifred Keithly and Milton Katselas, appeared in “Funny Lady,” “Kojak,” print and commercials. A script reader at 20th Century Fox, Wendy wrote spec screenplays before meeting Jeremiah at an audition for “Rabboni.” She got the part! 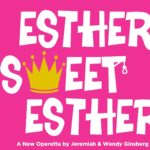 2013-2018: “Esther, Sweet Esther”
A Jewish Maiden Miraculously Becomes Queen of Ancient Persia and Risks Her Life to Save Her People from Destruction! Two arias premiered at The Presidential Inaugural Prayer Breakfast in Washington, DC on January 21, 2013; Gala Concert Version at The National Press Club in Washington, DC on July 30, 2017; Gala Concert Event at The Trump International Hotel in Washington, DC on May 21, 2018. “Congratulations on your success at the Inaugural Prayer Breakfast. The rendition of the two songs from ‘Esther, Sweet Esther’ was wonderful!” – Rabbi Jonathan Cahn, author of The Harbinger; “The performance was wonderful, and the music just uplifting!” – His Excellency Dr. Adjei Bohyen, Ambassador of Ghana. 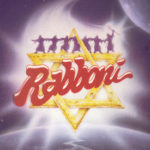 1981-1985: “Rabboni” (Mendel’s Messiah)
Mendel Moskowitz from Brooklyn Goes Back in Time to Ancient Jerusalem and Meets Yeshua & the Disciples and The Comedic Beelzebub and The Demons for A Gospel Story Like You’ve Never Seen Before! Winner, Bronze Halo Award from The Southern California Motion Picture Council for “Excellence in Family Entertainment;” 1981 in L.A. and 1985 off-Broadway in NYC at The Perry Street Theatre. “Ebullient joy!” – Richard Shepard, The New York Times.“A thoroughly entertaining musical, a neat little package of exhilarating song and dance… An up-tempo, captivating success.” – The Jewish Telegraphic Agency; “The greatest portrayal of the Gospel ever to come out of the creativity of man!” – Rabbi Jerry Feldman, Congregation Adat Yeshua; “Exhilarating musical celebration!” – Rose Golden, The Messianic Times; “Better than Fiddler on the Roof!” – Gary Selman, “The Two Nice Jewish Boys” Radio Show on WWDJ in NYC

1997: “Mendel & Moses”
Mendel Moskowitz from Brooklyn Goes Back in Time to Ancient Egypt and Tags Along with Moses in The Exodus from Slavery to The Red Sea, from The Wilderness to The Promised Land! Winner of Best Music and Best Choreography Award from Backstage, Critic’s Choice from Drama-Logue; 1997 in L.A. (Century City Playhouse) and Beverly Hills (The Canon Theatre). “Charming and full of wit and wisdom!” Ed Kaufman, The Hollywood Reporter; “Excellent music! With its feet on the ground, its heart in the heavens, and that irrepressible twinkle in its eye, ‘Mendel & Moses’ is on the side of the angels and good for what ails a sickened society! Critic’s Choice!” – Polly Warfield, Drama-Logue; “Mendel brings humor and high spirits to the story! Rousing laughs along the way!” – Don Shirley, The Los Angeles Times; “Wonderful! The music was exquisite!” – Rabbi Jonathan Cahn; “It’s wonderful! ‘Mendel & Moses’ is such a uniquely entertaining musical that it ought to be seen not just by Jewish people, but by anyone who enjoys great theatre!” – Arthur Hiller, Film Director 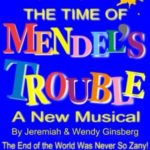 2008: “The Time of Mendel’s Trouble”
Set in the Near Future, Mendel Moskowitz and Murray Schwartz Answer The Call of The Burning Bush, Become the Two Prophets in The Book of Revelation & Challenge The World’s Buffoonish Leaders in This Charming Political Satire; The End of The World Was Never So Entertaining! 2008 Off-Broadway at The Beckett Theatre in NYC. “Music and lyrics are clever. And when it’s funny, it’s very funny!” – Laurie Lawson, The Electronic Link Journey

Four great musicals in the Faith and Family Entertainment genre.

Their fifth musical, “The Three Days of Elijah,” is in the works! Check back soon for updates.

Link To Your Donate Page:

You can find out more about which cookies we are using or switch them off in settings.

This website uses cookies so that we can provide you with the best user experience possible. Cookie information is stored in your browser and performs functions such as recognising you when you return to our website and helping our team to understand which sections of the website you find most interesting and useful.

Strictly Necessary Cookie should be enabled at all times so that we can save your preferences for cookie settings.

If you disable this cookie, we will not be able to save your preferences. This means that every time you visit this website you will need to enable or disable cookies again.